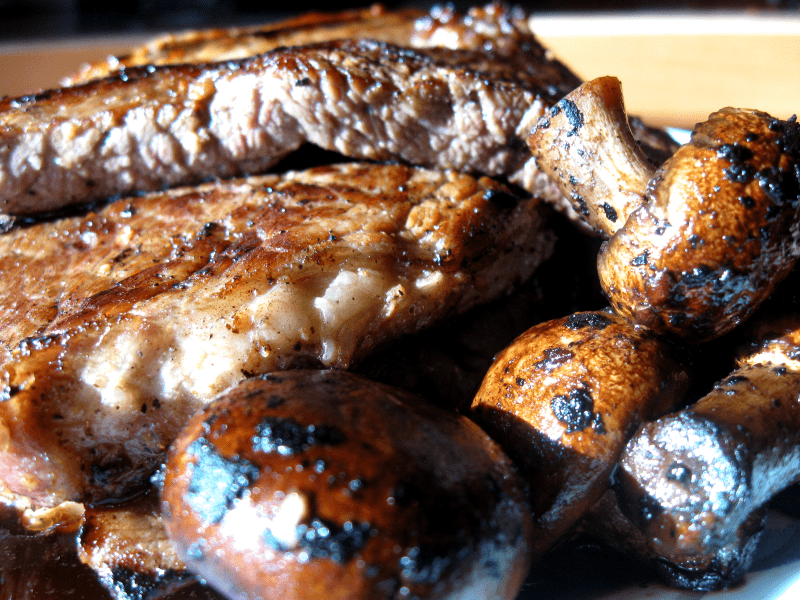 주물럭
Grilled Short Steak
Jumulleok is a simply prepared short cut steak that is massaged with sesame oil and garlic, then lightly seasoned with salt and pepper before either grilling or frying.

Rinse the meat in cold water to remove any surface blood.

Lightly salt the meat on both sides, then let stand for 5 minutes.

Cut the green from the green onions then fine chop (mince) the white portion. Reserve the green for the dipping sauce.

Mix the sesame oil, soy sauce, minced garlic and onion, and pepper in a bowl large enough to hold the meat.

With a knife tip or fork poke very shallow holes in the meat.

Place the meat in the bowl and firmly massage the oil mixture into the meat.

Remove the meat from the bowl and place on a plate or tray. Let stand at room temperature for fifteen minutes, then either wrap tightly with a plastic cling wrap or place into a ziploc style bag (removing as much air as possible) and refrigerate over night, or begin cooking.

Slice the green portion of the spring onion into thin rings.

Mix all dipping sauce ingredient in a small bowl and let stand at room temperature for at least 15 minutes.

Grill (or fry) over high heat until the meat reaches your desired level of “Done”. A light char is desirable.

Baste the mushrooms with sesame oil and grill with the meat.