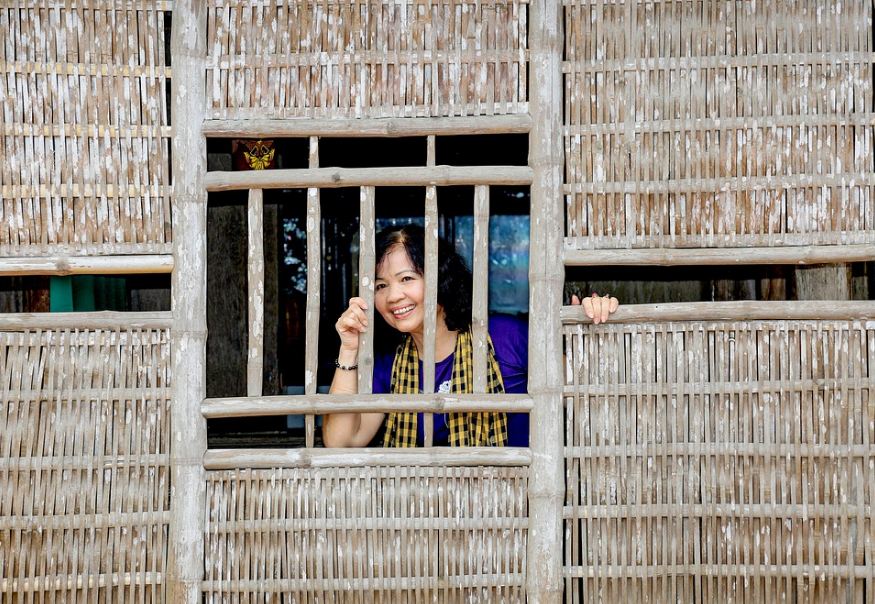 Vietnamese settlers value their homes more than everything else. Vietnam has a culture of long-aged agriculture that requires a self-supplying village system. Farmers reside under their house’s roofs, store their work equipment and grain inside the house, and also give birth and raise children in their homes.

The house is also where feasts, weddings, funerals, rituals, and worship takes place. For Vietnamese, a house isn’t just a place; it’s their soul. This guide provides you with a look into some of the traditional houses in Vietnam.

Vietnam‘s traditional village house is of the Viet (Kinh), who make up 90% of the total Vietnamese population. To the Kinh, building a house is the most significant work of a lifetime, and it precedes others. A Vietnamese village is a disparate community where each residence is open and private at the same time. The structure of a traditional house in the country fan follows numerous styles. Still, the two most common designs are the main house and sub-houses, typical in the Red River delta and the character Mon (門) style, which is for wealthy families with the main house in the center and two wing-houses on each side.

In the long history of Vietnam, its people developed eco-friendly architecture. A traditional house consists of the main house, wing houses, a gate, a fish pond, a cattle breeding ground, a garden, fence, poultry, and a drying yard.

You can still see many traditionally styled houses in ancient villages throughout Hanoi and other provinces or the Bac Ninh province. The main house is the most significant part, which can have one, three, five, or seven rooms and two-wing houses covering around 70 to 80sq m, including its front lobby. The three main rooms in the center are for welcoming guests and the ancestor altar. The husband’s bed is placed in this main area while the wife and children sleep in the sub-houses or wing-houses.

The two wing-houses are for sleeping and storing rice and essential items, while the smaller house is for keeping the servant’s stuff and the kitchen. The main house’s doors are sometimes removed to adjoin the inside space to the outside yard. The garden is usually decorated with areca in the front and a bush of coconut at the back. The H’mong mostly dwell in mountainous areas, so their houses have to be warm in the winter and cool in the summer, secure enough to protect them against beasts. The soil of the foundation should be picked very carefully. After choosing the suitable soil, ground leveling comes next, then foundation making and wall construction. The women are forbidden to access the building grounds, and so are strangers.

This house’s structure includes three rooms in the main house with two doors (one main gate door, another door, and at least two windows). The house may have one or two more wings that are separate from the main house. The three-room home is arranged with the left room used as the sleeping room of the married couple and the kitchen, the right room as the guest’s sleeping quarters, and the central room for welcoming guests, family meals, and worshipping ancestors. The main gate door is made with only the finest wood like cane or apricot. The H’mong think that when someone opens the door gate, it’s like entering the abdomen of another human, so the latches and hinges have only to be made with wood.

The H’mong architecture also involves surrounding the house with stone fences built by family members for several months by picking up stones on the road. Around the house, the residents plant many apricot and plum trees. You can find stilt houses in every highland province in the country. They’re suited for flood-prone plains and steep mountain slopes. These types of homes stay popular among 54 different Vietnamese ethnic groups.

The Rong house is a traditional communal house of different ethnic minorities. It’s built during the village’s foundation, and every villager has to participate in building the house. One peculiar thing about the house is that the visitors who come to the town will see it from every direction. The Rong house is where all village activities transpire, such as weddings, meetings, ceremonies, and festivals.

Longhouse of the Ede

The longhouse is a lower stilt house but is much longer. Its length varies from 15 meters to 100 meters, depending on how many people reside in the house. The house is the most outstanding representation of ancient matriarchy in the country. The longhouse is the dwelling place of a whole clan and is usually extended when a female member marries.

The traditional longhouse was built using bamboo and wood materials. The roof is thatched using grass with over a 20cm thickness and never requires to be reroofed. The home’s entrance is where the residents welcome guests and where items like the central hearth, host’s chair, long bench, and guest’s chair are placed. Chieng and gongs are also hanged on the wall as decoration.

This traditional house is for minorities like the Ha Nhi or H’Mong. From afar, the Trinh Tuong houses look like giant mushrooms clouded by mountains. The houses of the Ha Nhi are built similarly to the H’mong’s, with the only difference being the soil should be reddish clay. One fascinating thing about the house was that it lacks windows, only one or two roof holes.