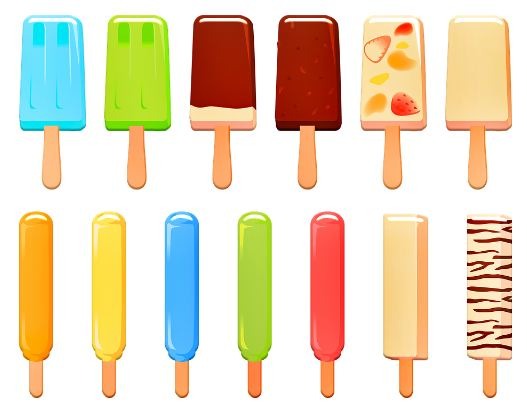 Melona is a popular ice pop in South Korea manufactured by Korean-based company Binggrae Co. Ltd. Although the dessert is called “Melona” and is famous for its melon flavor, the ice pop also comes in various other fruit flavors, like coconut and cantaloupe. As of 2009, each bar of the 80 ml/2.7 fl oz ice pop contains 130 kcal of energy.

It was 19992 when Binggrae Co. Ltd. launched the Melona Ice cream popsicle. Children flooded the local shops, and storekeepers struggled to keep up with the demand; Melona ice cream became a hit and enraptured the nation.

Within the first couple of years of Melona’s launch, the company had sold more than 280 million bars—an impressive figure for an 80 ml ice pop. The cold dessert is generally sold in South Korean convenience stores. Spurred on by the flavor of juicy melon, the Korean-based company saw an opportunity to capitalize on exotic fruits regarded as a luxury in Korea. After experimenting with the Korean melon, which is sweeter and yellower than its nearest cousin, Binggrae attempted to produce a similar tasting flavor.

Eventually, the company found the perfect recipe and proceeded to take the ice cream market by storm. Aside from finding the perfect ice pop flavor, they also found the best way to the nation’s heart.

Households from every region couldn’t get enough of the addictively sweet and cheap ice pop. Children would even empty their savings and spend them all on buying Melona in the months of summer. There’s no wonder the company sold millions of ice pops in a year. They had the children gripped.

Up until this day, Melona ice pop is still revered by both the young and the old, enjoyed by everyone.

The most popular flavor of Melona, honeydew melon, comes in bright green packaging with the fruit’s picture on the front. They’re typically sold in boxes. It’s very light to carry and aesthetically pleasing. The actual ice pop inside is color green, thick, and rectangular-shaped. It envelopes a popsicle stick, just ready for you to take a bite and a slurp.

Melona’s honeydew melon has a sharp melon flavor, true to its name. The ice pop is smooth to touch and immediately explodes with a fruity flavor the very second it’s in your mouth. The ice pop looks like it would melt inside your mouth, yet its smooth appearance is quite deceiving. Melona is actually gently chewy.

Every bite of the honeydew melon-flavored Melona hits you with a combination of melon and creamy milk, the mix that sets the ice pop apart from its competitors—sweet and creamy with just the perfect amount of melon.

Melona ice pop and bottles of soju are two items people love purchasing from Korean groceries store. While you can eat Melona on its own and pair soju with Yakult, you can blend these two popular Korean products to produce the Melona-Ju cocktail, a refreshing sweet brew with the right amount of buzz.

The Melona-Ju cocktail is usually made by mixing three ingredients: Melona, soju, and Chilsung Cider (a popular lemon-flavored carbonated drink in South Korea). While soju and Melona are commonly available in many convenience stores and local supermarkets, the Chilsung Cider is not. However, you may use its widely accessible equivalent, Sprite, or just about any lemon-lime soda you fancy.

The most straightforward Melona-Ju recipe only requires basic skills such as measuring, mixing, and pouring. Yes, you don’t need to use any kitchen appliance like a blender at all, and you don’t even have to possess any bartending skills.

This recipe for Melona-Ju isn’t the only way of mixing this cocktail. If you think that your drink lacks more soju, you can go ahead and add more.

Tip: Since soju and Melona ice pop come in various flavors, you can try mixing and matching the flavors you want to combine. You can try the classic soju with the honeydew melon Melona, the grape soju with the strawberry Melona, or even the peach soju with the banana Melona. Have fun with it!